DeNations is a blockchain-powered metaverse based on real-world data of 195 nations from 2019. World’s first national-based metaverse is backed by Korea Investment Partners (investor of  Animoca Brands) and NXC (parent company of Nexon, the largest game company of Asia). Starting with the first INO(Initial Nation Offering) in November 2020, DeNations has accumulated NFT trading volume of 2.2 million USD. In April of 2022, DeNations will open minting for land NFTs which are potential territories of the 195 nations. The land NFT will have new features of farming resources and connecting nation ownership NFT.

DeNations Land is a digital form of the earth’s surface in DeNations metaverse. DeNations earth is divided into land hexagons. Each hexagon has its own unique coordinates. The land is represented as NFT and can be traded in the open markets. 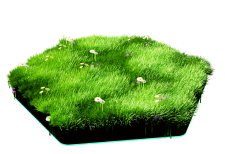 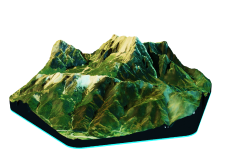 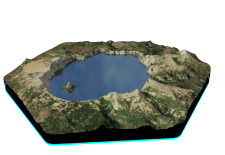 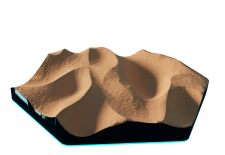 Poor environment for Citizens. No food is produced. But oil and uranium are likely to be found. 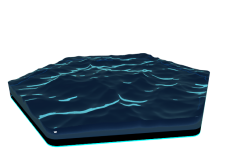 Uninhabitable for Citizens, and very difficult to build oil drilling and mining facilities. Likely to find oil and mineral resources. Cannot be owned by anyone. Temporary occupancy and collecting of resources allowed. 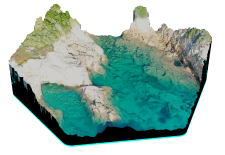 Good environment with abundant food for Citizens. Easy to build residential and mining facilities, and able to build ports to go out to sea. Likely to find oil. 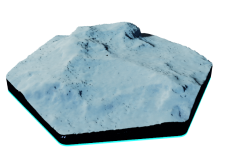 Poor environment for Citizens and without food. But oil is likely to be found, and mineral resources are produced. 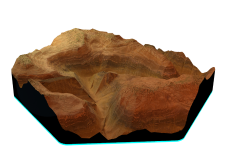 • Resources are a key component of the land’s ecosystem.

• Resources are tradable in the DeNations marketplace.

• More resources can be found as the land level goes up.

• Citizen can farm and mine resources from the land, and earn $RIUS (in-game currency) from the labor.

• Explore and find treasures from the land.

• A variety of Civilization NFT can be minted from different kinds of resources.

• Place the Civilization NFT into your lands & Upgrade land productivity.

• Civilization NFT is tradable in the DeNations marketplace.

• Land levels are not fixed. The landowners will be able to level up their lands.

• Starting land level is important when it comes to customizing your land in the future.

Exclusive resources from other worlds.

•  A place where DeNations connect and communicate with real-world locations, other crypto projects, and partners.

•  Any lands near the “Meta Land” can produce resources for special NFT and drop exclusive treasures.

•  Produce your exclusive brand NFT and resources in DeNations. DeNations will support designing and developing the NFT in DeNations Metaverse.

•  Engage with DeNations Citizens & Expand fanbase of your brand.

•  Brand NFT will be unique NFT as it will be used as a powerful item in the Metaverse.

•  Promotional Gift: Extra 6 nearby lands of your Meta Land.

•  Whitelist for Land Pre-sale: In order to have early access for land minting and preoccupy higher level lands, users must earn a spot in the whitelist by completing various missions.

•  $RIUS can be used for buying NFT and resources.

•  $DENA is the main utility token to buy and sell Nation Ownership, Lands and other assets in the DeNations.

•  10% of sales revenue from the land mint will be used for $DENA buyback and burn.